With the cost of urban housing becoming seemingly unattainable, many potential homeowners are choosing to invest in homes outside of the city, as a result, sacrificing on the many benefits that come with central urban living.

The perks of city living are many, as are the immeasurable pros of residing in an eclectic metropolis such as Colombo. While the capital has always been an attractive living destination for single professionals and families alike, over the past few years alone, the city has become even more convincing in its offering; adding significant value to the quality of life of its residents.

TRI-ZEN – John Keells Properties’ up-and-coming residential development – has largely been seen as an entire lifestyle solution. One where homeowners can reap the many rewards that come with convenience, accessibility, community, and prestige, without having to sacrifice on precious time, health, ease, and funds.

Living in the city means that residents have enviable access to some of the country’s leading schools, hospitals, most popular retail and entertainment venues, and are also spoilt for choice when it comes to nightlife, dining, and recreation destinations.

From TRI-ZEN’s central address at Union Place for instance, residents are just a short stroll away from significant cultural sites such as the Gangarama Temple, Viharamahadevi Park and the Beira Lake for recreation and relaxation, as well as bustling entertainment and retail hotspots such as Park Street Mews, and the Colombo City Centre.

There is also the added ease and convenience that comes with having banks, major supermarkets, and both, the Colombo National Hospital and Nawaloka Hospital, within walking distance as well. Whether you want to take the kids out for some fresh air, make it in time to a doctor’s appointment, or just pick up something you missed from the list of groceries, it’s the location of your home that really factors in.

The living experience an apartment complex in Colombo provides is greatly contributed to by its centrality. Residential developments that are easily accessible by arterial roads, are within close proximity to public transport systems, and are in general easy to travel/commute to and from work and school, are always the most sought after. After all, less time and money spent on the road, equates to more time and money spent on friends and family.

TRI-ZEN is linked with the rest of the city via Braybrooke Place, and is just a 5-10min tuk ride to and from the Colombo Port City, the city’s main CBD, most schools, hotels, multiple major shopping centres, sports clubs and recreation areas -among others.

neighbourhoods of its developments at their inception stages.

Being heavily invested in the growth and well-being of its homeowners, the country’s leading developer is also focused on the holistic development of an entire residential community, as opposed to just the basic needs of its individual apartment occupants. An incomparable perk of living in TRI-ZEN in particular, is the close social connections residents develop between other like-minded members of their residential community; valuable relationships that may well be long-lasting.

With its highly-coveted Colombo 2 address right at the doorstep of a burgeoning capital city, professionals and families calling this 53-storey apartment complex home will be able to take advantage of an unusually short commute to work and school. With public transport terminals within walking distance, as well as most commercial addresses in the vicinity, residents of TRI-ZEN will not only be saving on travel costs, but will also save time on an otherwise tedious commute.

Scheduled for completion in 2023, each TRI-ZEN apartment will house artfully designed one, two, and three-bedroom ‘smart-home’ units, allowing families to enjoy a luxurious -yet comfortable- lifestyle with easy access to everything they could ever ask for in a home.

Fully equipped with a suite of world-class facilities and amenities, and at competitive rates, those on a never-ending quest for the perfect home can finally have strong enough reason to ditch the commute, and enjoy the many conveniences that come with city living.

For further information on the TRI-ZEN project, please contact the customer relations team on +94-702-294294 or visit www.trizen.lk. 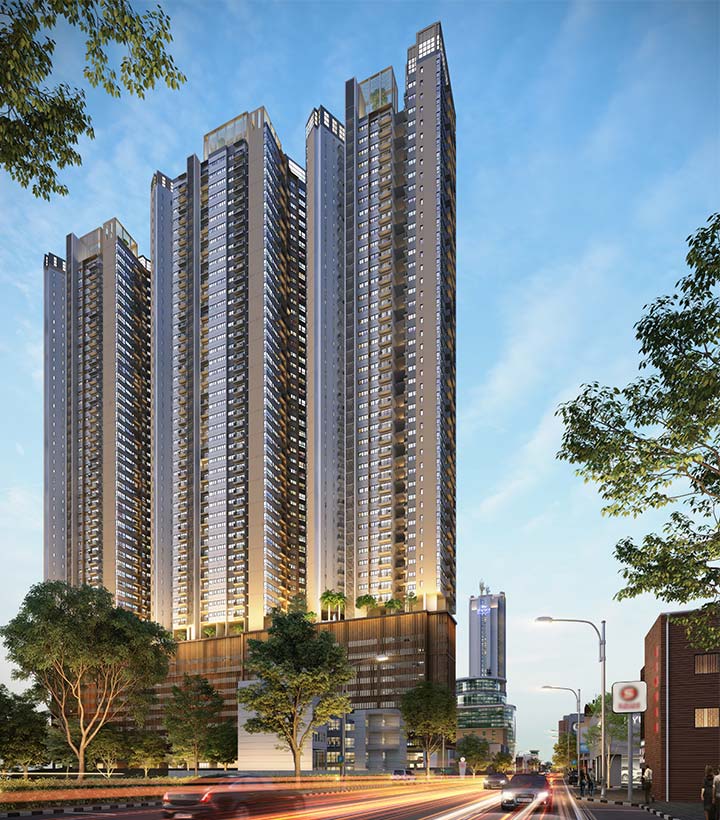