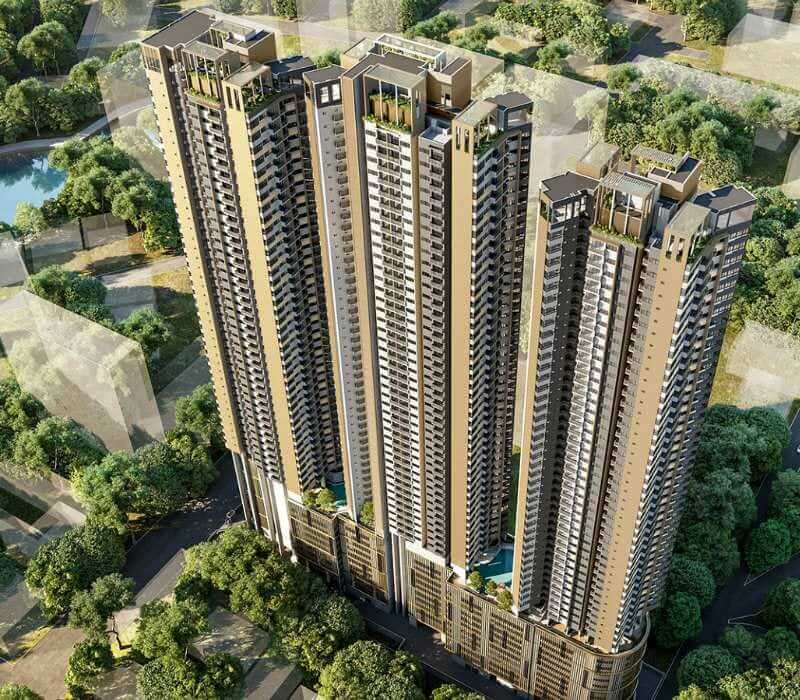 The future of Sri Lanka’s economic development could very likely hinge on how domestic policies towards real estate evolve, particularly with respect to supporting the massive demand for vertical living in Colombo and its suburbs.

These were some of the key insights which emerged out of a Breakfast Meeting jointly hosted by John Keells Properties and DFCC Bank at the Cinnamon Grand Hotel on 24 September 2019.

“While the rate at which real estate development takes place can be drastically altered by socio-economic volatility, the demand for housing is primarily driven by population growth and employment opportunities. In that regard, there are many lessons that can be drawn from the story of Malaysia’s development and adapted to help Sri Lanka overcome its present challenges,” Yam explained.

Currently ranked third out of 10 countries in the ASEAN region – which itself is the 3rd fastest growing group of nations in the global economy, Malaysia’s current success at the macroeconomic level is directly traceable to a policy reforms passed in the wake of the global financial crisis that sought to enhance financial system resilience by – among others – reclassifying real estate as a priority sector.

“This fundamental reclassification enabled the state to implement stable, property-friendly policies, improve access to finance, ensure rule of law and enhance connectivity through substantial investments into public transportation. In cities like Kuala Lumpur, this framework enabled the decentralization of commercial and administrative complexes outside of the Central Business District. As a result, the load placed on public infrastructure is distributed more evenly, enabling the entire city to function more efficiently,” Yam explained.

He further noted that if Sri Lanka could follow in these footsteps – the country could well be poised to play a similar role to the SAARC region that Malaysia does for ASEAN. This observation was particularly impactful given that Sri Lanka also occupies a similar position in the SAARC region which Malaysia holds in ASEAN.

“Over the past decade, Sri Lankan real estate has made some truly impressive advances – particularly in relation to the development of high-rise condominiums, branded residences, and commercial spaces. Meanwhile, there are some notable mixed used integrated developments in the pipeline and plans for greater connectivity in public transport. However, even major cities like Colombo have been slow to move towards transit oriented development and planned township development. These are areas which will have to be given careful consideration moving forward,” Yam stated.

Among the most pressing challenges facing the country over the medium-term will be the dearth in affordable vertical living within the city and its suburbs.

“Vertical living and multi-family residential spaces will be absolutely fundamental to solving Sri Lanka’s future housing challenges. At present just over 90% of Sri Lankans live in single family detached housing, and over time, this is a dynamic which cannot be sustained within the city, leading to increasing volumes of new housing stock being shifted to the fringe of the city, massive traffic congestion, and major distortions in real estate prices,” John Keells Properties’ Mawilmada stated.

Illustrating the growing severity of these issues, he pointed to analysis carried out by John Keells Properties which found that average commuting times from major residential suburbs had increased to almost two hours on average. Meanwhile, average vehicle speeds within Colombo have steadily plunged from 22 km/h in 2012 down to 8 km/h in 2018.

“Among the most urgent priorities will be to change the way we approach urban development. There needs to be a shift towards densification and mass transit, while the private sector needs to be stimulated with the right incentives to help fill the gap in middle-income housing. This cannot be accomplished without transparent regulations that help stimulate development and lowering the cost of construction – which are presently among the highest in the entire region.

“Similarly, there needs to be a concerted effort on the part of policy makers and the private sector to help widen access to housing finance – such as through a reduction in interest rates and tax rebates for first-time home buyers. Such reforms will undoubtedly have a transformative impact on our society and our economy,” Mawilmada stated.